The ligatures for the Malayalam conjuncts ച്ച, ള്ള have less popular variants as shown below 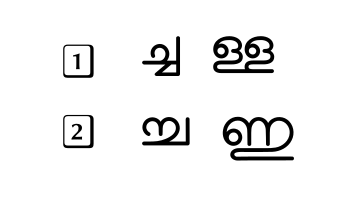 The second form is not seen in print but often in handwritten Malayalam. I have seen it a lot in bus boards especially at Thiruvananthapuram. There are no digital typefaces with the second style, except the Chilanka font I designed. It uses the second variant of ച്ച. I got lot of appreciation for that style variant, but also recieved request for the first form of ച്ച. I had a private copy of Chilanka with that variant and had given to whoever requested. I also recieved some requests for the second style of ള്ള. For the Manjari font too, I recieved requests for second variant.

Today I am announcing the new version of Manjary and Chilanka font, with these two forms as optional variants without the need for a different copy of a font. In a single font, you will get both these variants using the Opentype stylistic alternatives feature.

The default styles of ച്ച and ള്ള are not changed in new version. The fonts comes with an option to chose a different form.

Use the font-feature-settings CSS style to choose a style. For the element or class in the html, use it as follows:

Choosing the style variant in LibreOffice

Choosing the style variant in XeLaTeX

fontspec allows to choose alterate style variants. Use Alternate=N syntax. Note that N starts from 0. So for style1, use Alternate=0 and for style2 use Alternate=2. Refer section 2.8.3 of fontspec documentation.

This will produce the following rendering: 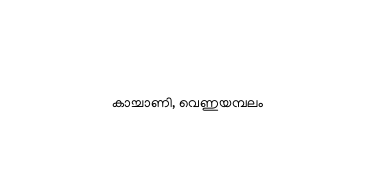 Choosing the style variant in Inkscape

Inkscape font selection dialog has a feature to chose font style variants. It uses the property values of CSS font-feature-settng. 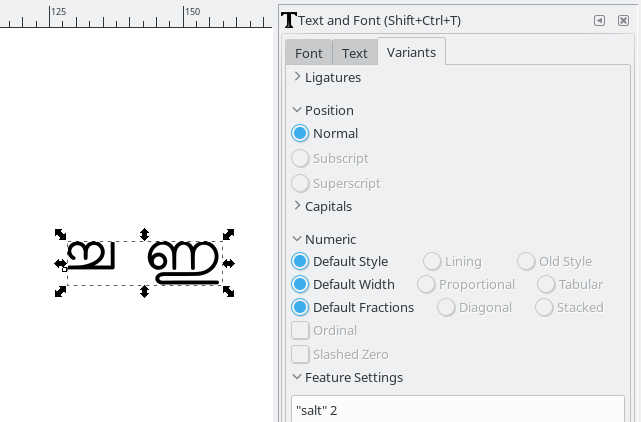 In Adobe, Indesign, selecting the ligature will give stylistic alternative(s) if any to choose.