What is a good input method?

As more and more people enter to the Malayalam digital world, the issue of not having any formal training for Malayalam computing is more observed. People sometimes just search for input methods in web, ask friends or use whatever coming with the devices they have. Since I myself is an author of two input methods, sometimes people ask me too. This essay is about the characteristics of a good input method to help people make the right choice. [Read More]
input-methods  handwriting

I just published a VS Code language extension to support syntax highlighting for Stuttgart Finite State Transducer (SFST) formalism to VS Code.

I learned how to write a language extension when I attempted the opentype feature file support. So I thought of applying that learning to SFST which I regularly use for the Malayalam morphology analyser project.

I just published a VS Code language extension to support OpenType feature files in the Adobe “AFDKO” format. The extension provides syntax highlighting and code snippet support. (Screenshot From Amiri font) The syntax highlighting patterns for AFDKO is based on the opentype-feature-bundle for Atom Editor by Kennet Ormandy which is based upon Brook Elgie’s original Textmate bundle. The code snippets are based on the snippets prepared by Simon Cozens for AFDKO-SublimeText [Read More]
vscode  afdko

A new version of Manjari typeface is available now. New version adds about 25 Latin glyphs that are considered important by Google Fonts checks. Manjari is now integrated with Fontbakery font quality check in its CI. Some bugs reported by Fontbakery is also fixed. It is available at SMC website. Change log is available in gitlab SMC also started to publish the font releases in a new release file server - releases. [Read More]

Today(August 09, 2020), Tamil Virtual Academy organized a virual meetup on Tamil computing and its roadmap. This full day event had 18 sessions presented by various people working on Tamil computing. Event was chaired by T. Udhayachandran IAS, Director of TVU. I was also invited for the program. I talked about potentially collaboration of Tamil and Malayalam computing communities to solve common problems. Opensource based language computing helps to accelerate language computing in both languages by such collaboration. [Read More]

A rough drawing I did in 2014 November 20 and shared with my friends as a new font idea. I got this concept from my explorations about perfect curves in Malayalam script after I released Chilanka font. I spent all my free time from then onwards till releasing Manjari typeface on 23rd July 2016 by making it as perfect as I can. I took two months time off from my job in 2016 to complete this work too. [Read More] 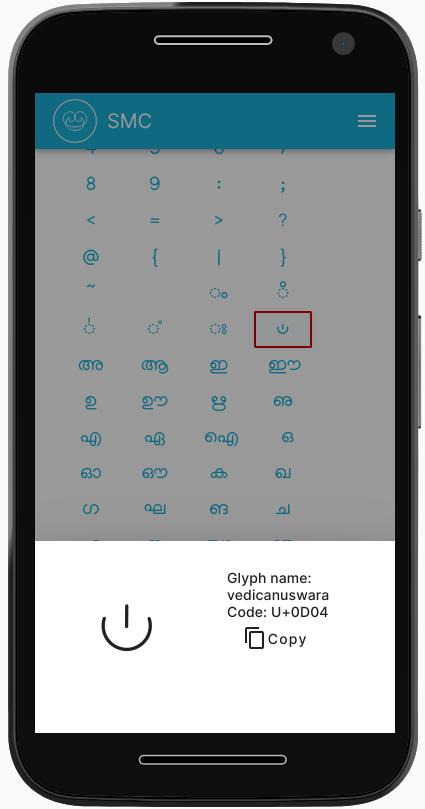 To learn more about Vedic Anuswara, you may refer the encoding proposal

I prepared a web frontend for the Malayalam spellchecker based on the Malayalam morphology analyser. It is available at https://morph.smc.org.in/spellcheck. I had written an article about its technology two years ago. There s also an incomplete extension to LibreOffice. The spellchecker is available as an API too. If you want to use it, please refer a minimal code snippet available at codepen. The quality of spellcheck and suggestions provided depend on the completeness of mlmorph project. [Read More]

Video interviews on SMC and FOSS

While the COVID-19 pandemic is going on, Kerala free software communities started doing interview series with active contributors. The interviews were very informal and was about personal journey and the story behind the projects. And they were all in Malayalam. I gave 3 such interviews in last few weeks. I am going to list them in this blog post. Humans of SMC Series This was an initiative by Tinkerhub, a non-profit organization which promotes the creation of tech-talent focused among youth, especially students. [Read More]