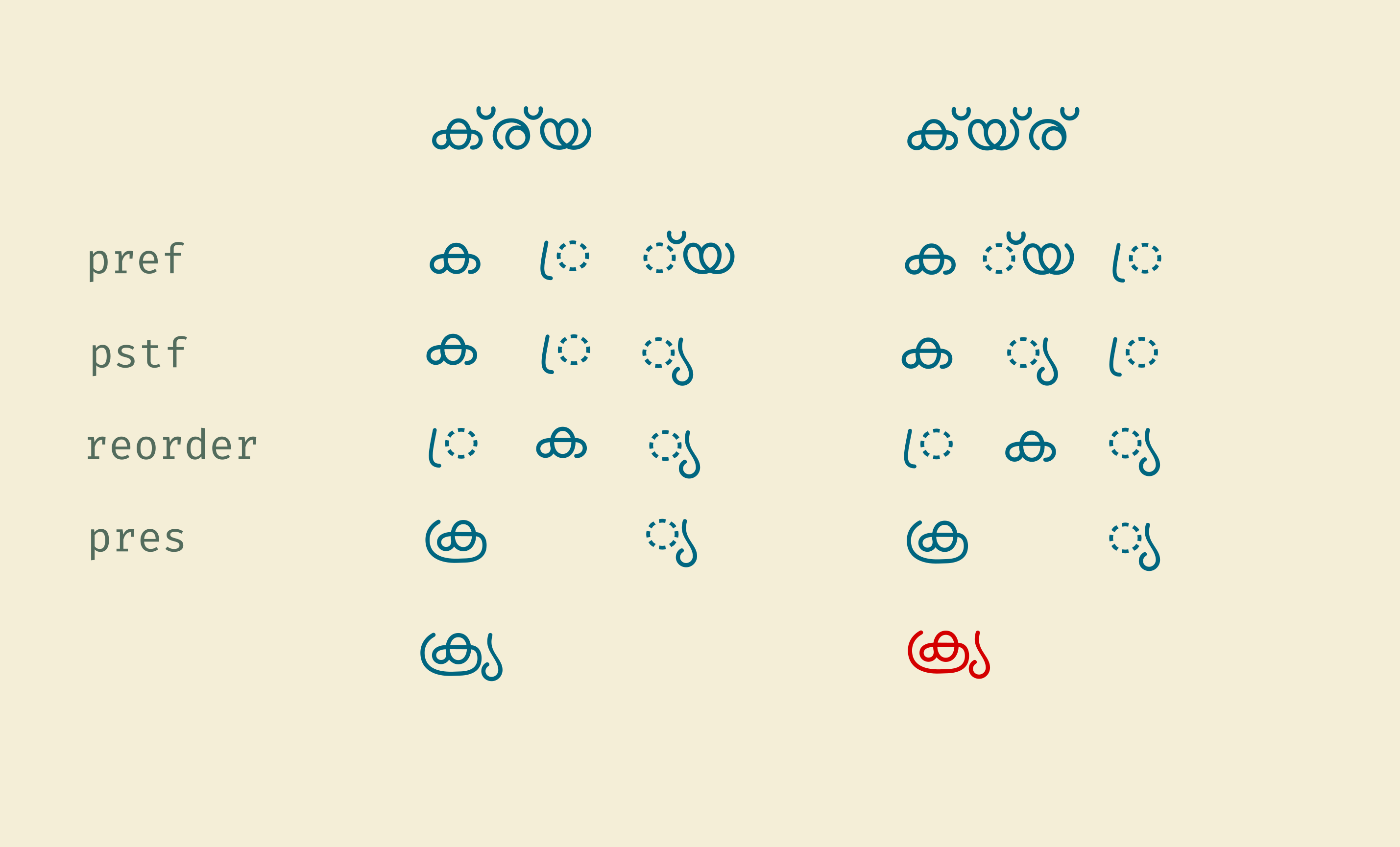 This bug was present in SMC’s Manjari, Chilanka, Gayathri fonts(all share same opentype tables). The issue is also present in Ra sign, Va sign combination as illustrated in the below image. 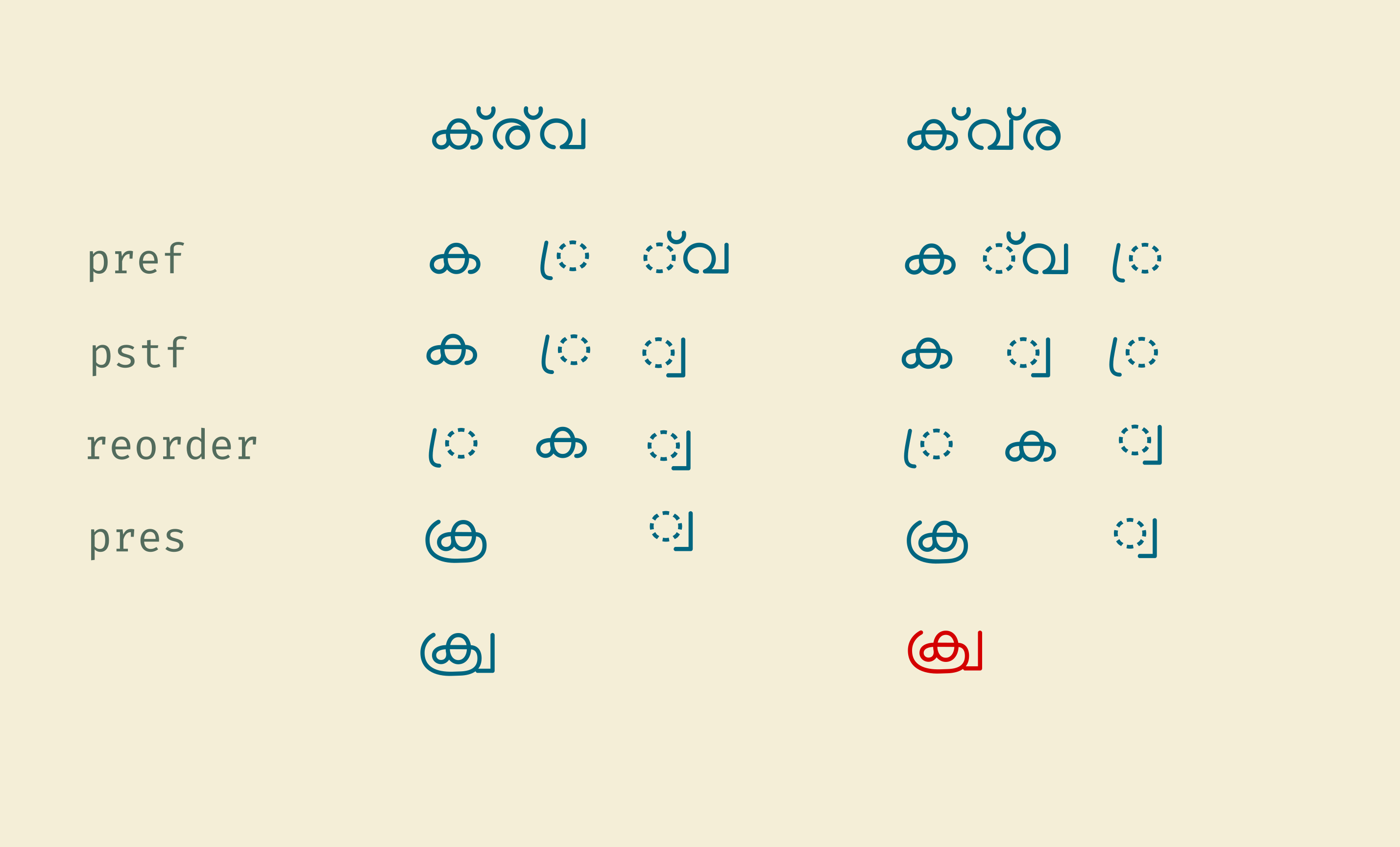 I had noticed this issue in 2018 and reported: “സ്വാതന്ത്ര്യം സ്വാതന്ത്യ്രം rendered same”. I did not give much importance to it since has relatively small impact. But recently John Hudson, Tiro Typeworks asked me about this in twitter. That prompted me to fix it.

The fix is not complex. It involves a conditional replacement of Ra sign with Virama + Ra when appeared after Ya sign or Va sign. The replacement can be done using a multiple substitution rule. The Noto Sans Malayalam font from Google also address this issue in exactly same way. 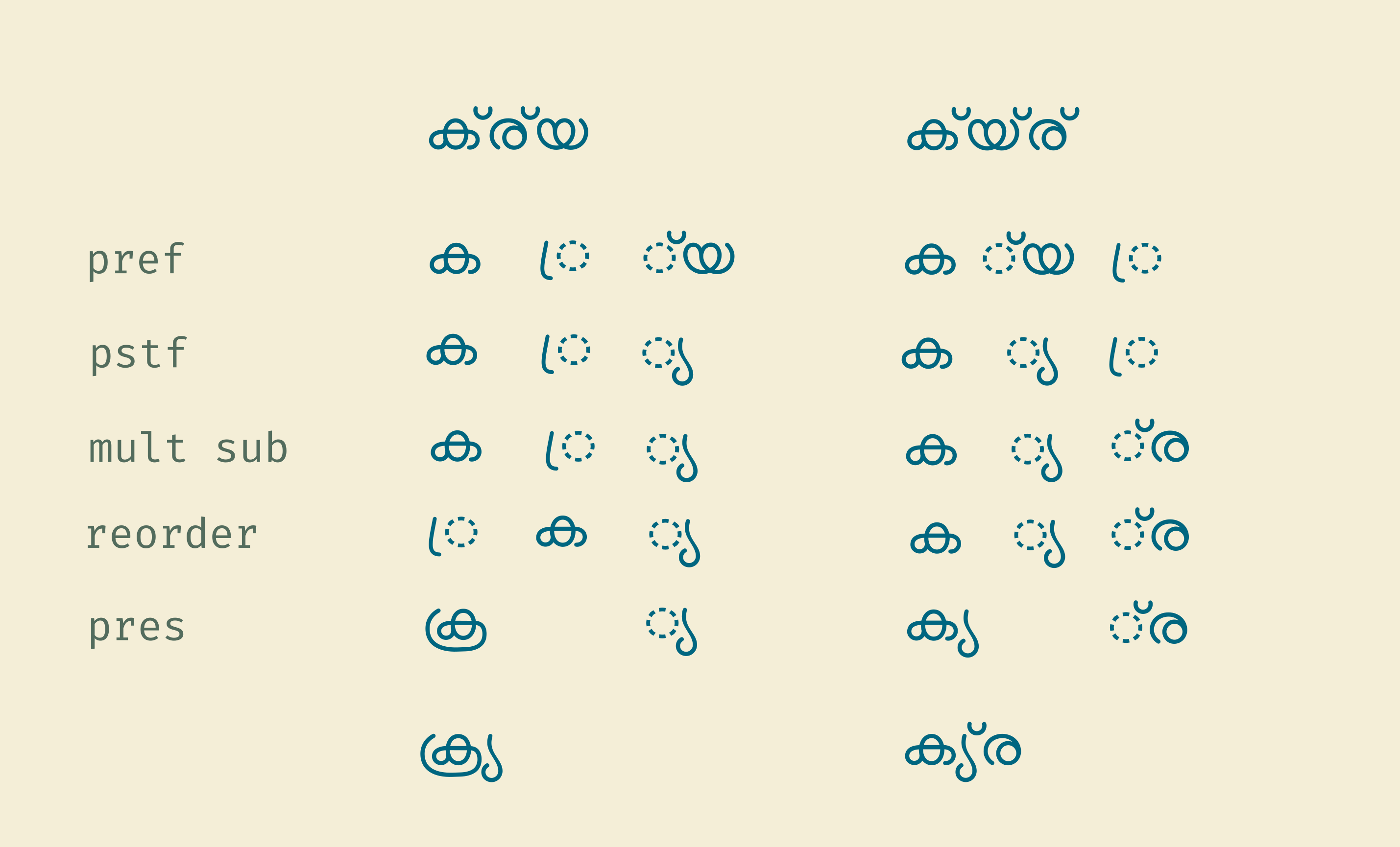 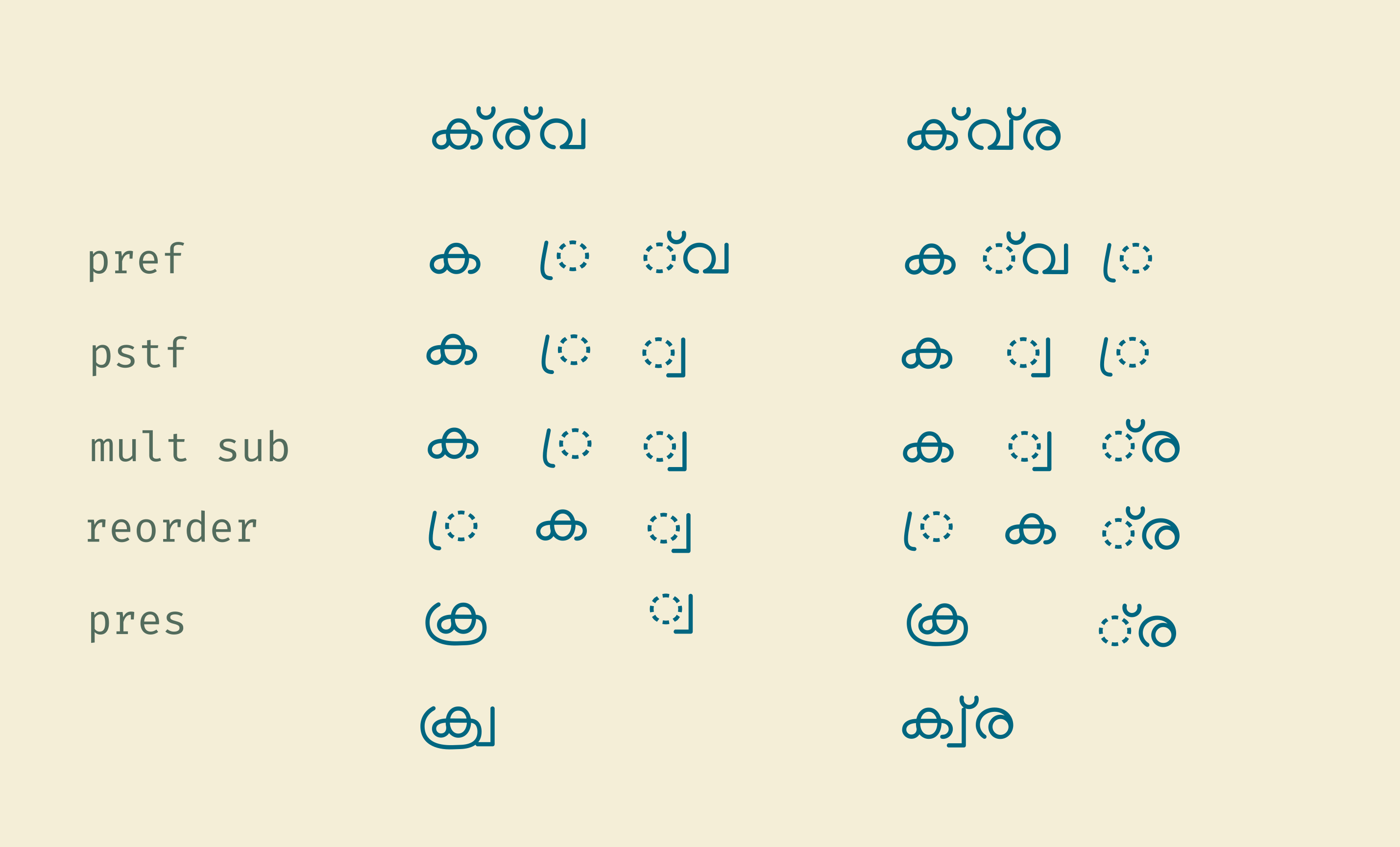 This fix is available in latest versions of Manjari, Gayathri and Chilanka. The issue is present in other fonts of SMC too, but not fixed yet.