I just published a VS Code language extension to support OpenType feature files in the Adobe “AFDKO” format. 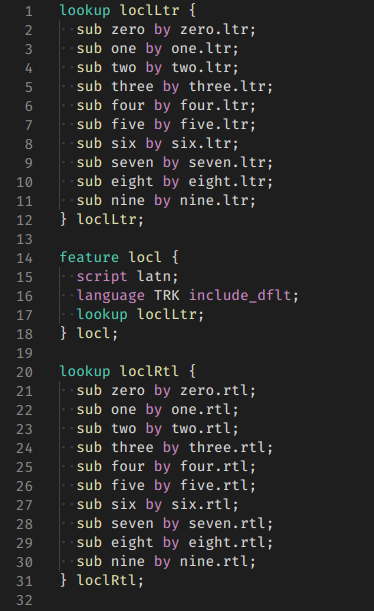 The syntax highlighting patterns for AFDKO is based on the opentype-feature-bundle for Atom Editor by Kennet Ormandy which is based upon Brook Elgie’s original Textmate bundle.

I hope this will be useful for font developers using VS Code for opentype programming and automation.