The Swanalekha transliteration based Malayalam input method is now available in Windows and Mac platforms. Thanks to Ramesh Kunnappully, who wrote the keyman implementation.

I wrote this input method in 2008. At those days SCIM was the popular input method for Linux. Later it was rewritten for M17N and used with either IBus or FCITX. A few years later, this input method was made to available in Android using Indic keyboard. Last year, due to requests from Windows and Mac users, Chrome and Firefox extensions were prepared. Thanks to SIL Keyman, now we made it available in those operating systems as well.

By this, Swanalekha Malayalam becomes an input method you can use in all operating systems and phones.

Detailed documentation, downloads are available in Swanalekha website. Source code: gitlab.com/smc/swanalekha. A small video illustrating the installation, configuration and use in Windows 10 given below.

Update: The keyboard is now served by keyman from their website. And the supported platforms also increased. 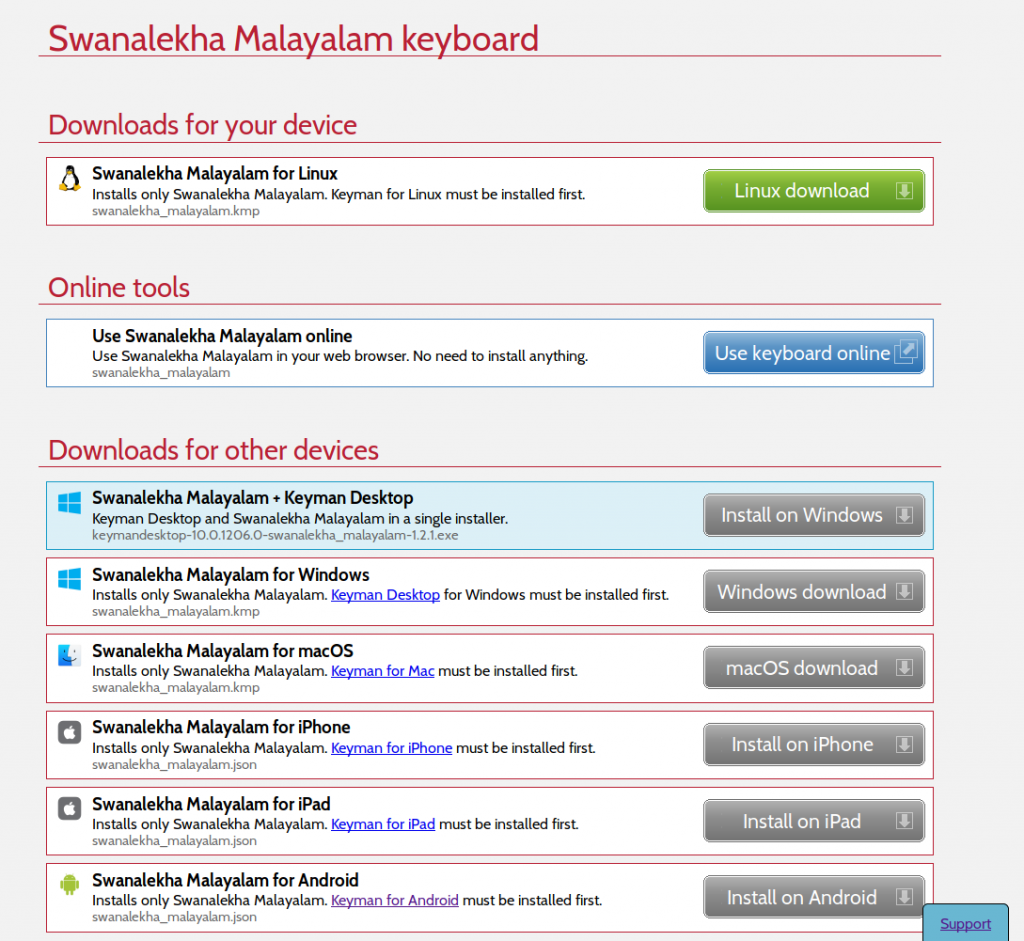