NotoSansMalayalam is a font released by Google internationalization team under noto project. I was checking the glyphs of Malayalam and noted a number of spurious glyphs in the font 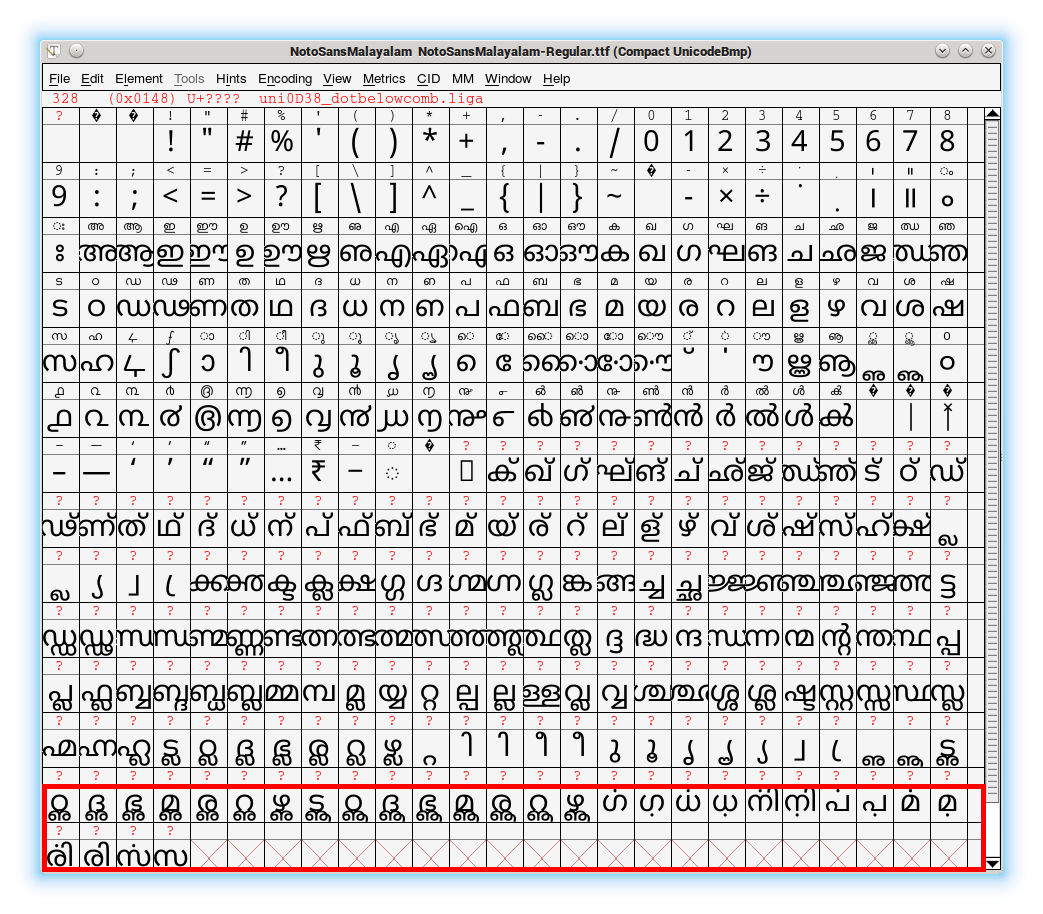 It is interesting because the font attempted to provide a minimal Malayalam font with reduced glyph set. While attempting that about 10% of the glyphs are either non-existing Malayalam glyphs(Glyphs with dot under consonants) or rarely used glyphs(Glyphs with U+0D62 MALAYALAM VOWEL SIGN VOCALIC L)

Bug filed. It was learned that the last set of glyphs with dots above and below are for Carnatic music notations. They are not defined by unicode, but font used a custom way of representing them with a ligature formed by U+0307.